Brandon turned 14 months old on February 14th.  I am getting later and later on getting these posts written.  He is actually already 15 months so I will be attempting to get that update posted when I can.  I'm still going to try to do monthly updates for Brandon until he is 24 months.  I did this with Rachel, Haley and Kayla so going to try to get it done for Brandon as well.

Brandon weighed 20 lbs, 2 oz at 14 months.  He didn't gain any weight from 13 months to 14 months old.  He is using so much energy army crawling everywhere.  He sure is getting where he wants to go.  He still isn't sitting up on his own.  He is making progress though - slowly but surely.

Brandon is not really saying any new words.  He can say da da.  I have heard him say ma ma, but he has decided to not say it much anymore.

Brandon is eating well.  He still loves his baby cereals.  We are still doing baby foods, but slowly trying new table foods with more texture since Brandon tends to gag easily on chunky foods and he ends up vomiting.  So we are working on that.  Also Brandon loves his milk in his bottle.  Another challenge is getting him off the bottle.  He doesn't seem to care for the sippy cup.  We will just keep trying....

Brandon loves people!  He knows how to wave hi or bye.  He can be a flirt with his cute smile and big brown eyes.  He is precious sweet little boy.  So glad to have him in our family.

Here are his 14 month pictures.  I took them a day before Valentines's day.  He didn't want to smile much for pictures that day. 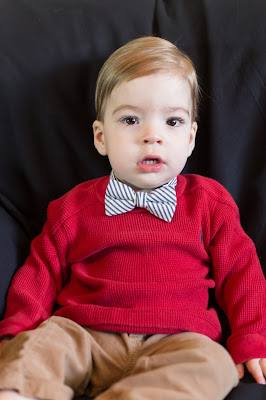 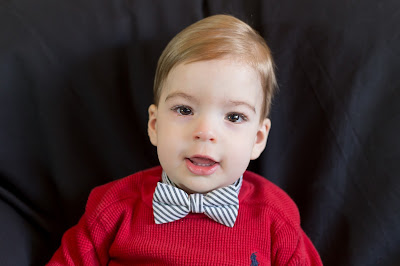 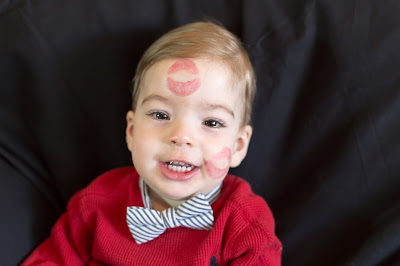