Brandon is doing good.  He is still working on perfecting his rolling over.  He can roll over he just prefers not to.  His physical therapist is working on that as well as working on strengthening his core so he can be strong enough to sit up.  He will get it, but I'm getting somewhat impatient as I want to see him beat spina bifida and not let it slow him down.

Brandon's personality is showing more and more.  He is a happy, easy going baby and likes when people talk to him.  In fact he will stare at someone as if he is waiting for them to talk to him.  When someone does he gives a big smile.  He's working on talking himself.  He's making more sounds (started mid to late August) and is making a "da da/ta ta" sound.  He is going to be a talker I can tell already.

He had his first dentist appointment on August 23rd.  All his 8 teeth are good.  The dentist said his back gums were puffy so he is working on getting more teeth in.  He loves to chew on anything and his hands are grabbing everything as well.  Loves his toys especially his green O-ball and his blue puppy dog.

He's doing better at eating baby food.  He likes oatmeal cereal with formula mixed in it along with a little baby food fruit stirred in.  He will eat a good serving of that.  He doesn't really care to eat baby food fruit straight from the jar.  It must be too tart or sweet for him because I get some really funny faces from him when I feed it to him.

Brandon is wearing 6-9 month size clothes and is in a size 3 diaper (wrote that so when I look back at my blog later down the road, I can remember all the little details).

Brandon is such a good sleeper!  He will sleep from 9:30 pm to around 8 am.  What a blessing he his!

Brandon will see his pediatrician next month (at 9 months) as well as the urologist.  We are still cathing Brandon 4 times a day.  It gets old having to do every day, but its something that has to be done.  Brandon sometimes has good days when 2 or 3 out of the 4 caths we get very little or no urine.  So that means he is sometimes emptying his bladder on his own.  We hope and pray that he will be able to empty his bladder completely every time all on his own again one day.  We have been told it could happen, but not sure what Brandon's chances are.  I continue to pray for a miracle.  We sure do love this boy! 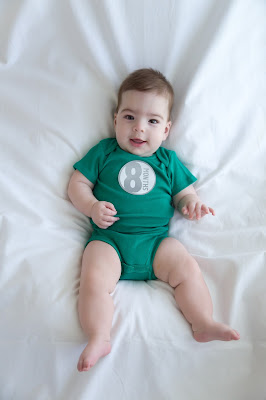 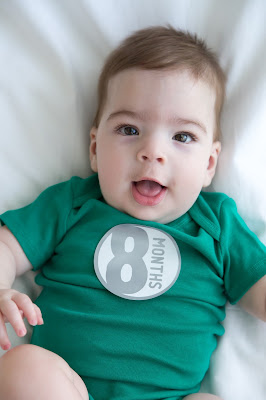 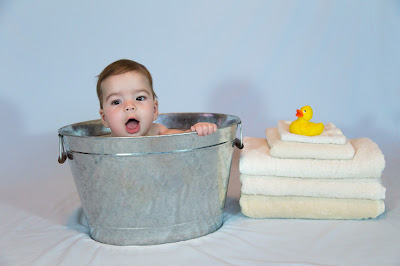 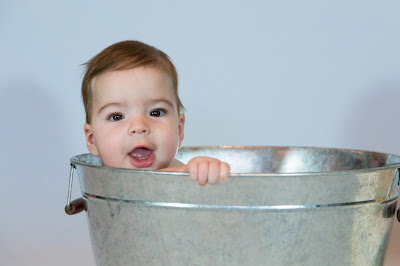 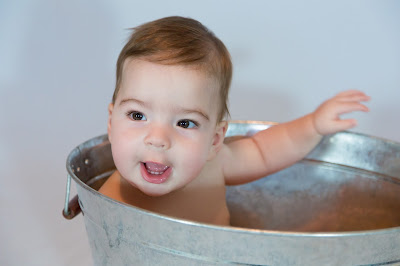 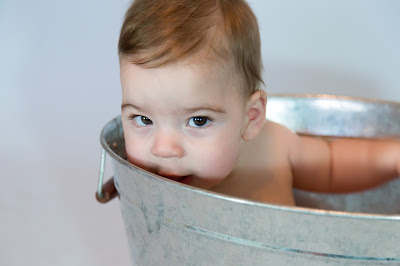 Rachel and Haley started 2nd grade on August 22nd.  They will both be in life skills special education classes.  Rachel has the same teacher again this year.  Haley has a new teacher and she seems to be a great teacher.  We hope they will have a great school year and will continue to make progress.  Yes they are making progress.  Their progress is slow and it will be for them but whats most important is that my children are gifts from god and they are blessed! 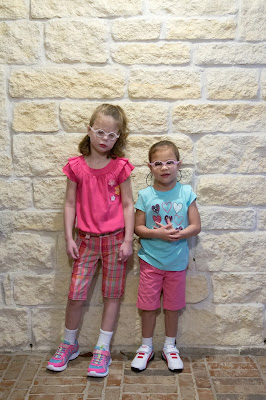 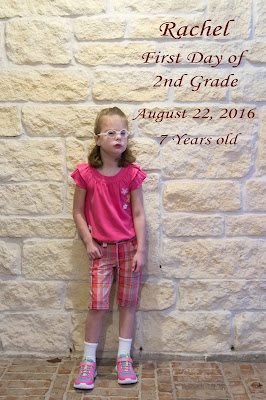 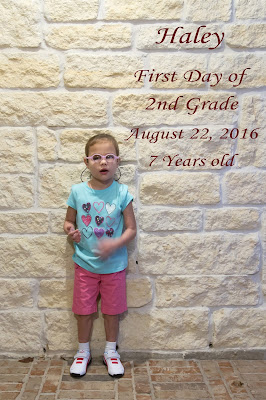 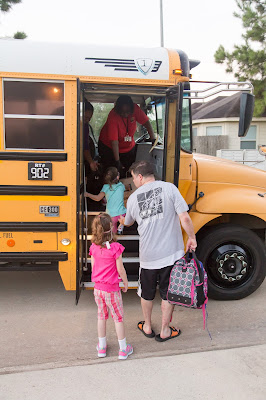 On August 4th, Rachel and Haley turned 7 years old!!!  It doesn't seem that they are 7 years old already.  I still remember the day they were born.  It was a scary time not knowing what was going to happen to the sextuplets seeing that they were being born so early (22 weeks, 6 days).  We were blessed that our Rachel and Haley survived and are living life today.  We miss our Braden, Dallin, Ashlyn and Kaitlyn.  They are loved and remembered.  Happy Birthday to my 6 babies!!!

I did a little update on Rachel and Haley back in May.  Click here to read it.  So I will just add a little more about Rachel and Haley.  Rachel is about average size for a seven year old.  She is wearing size 6 and 6x clothing.  Rachel continues to be fed 100% from her G tube.  She is afraid to swallow and only tastes food.  Rachel's behavior is challenging and we are thinking she does have autism.  Haley is still very tiny for her age.  She can still wear some 3T clothing!!  She loves to eat and can eat a lot.  Not sure where she puts all that food.  Haley is learning to say some very simple words and we are seeing that she does understand what we are saying to her.  Her communication is improving a lot!   Rachel and Haley will be going back to school on August 22nd.  They will be in 2nd grade in special education life skills class.  Rachel and Haley do have many challenges due to their extreme prematurity, but they are continuing to slowly make progress.  We continually pray for Rachel and Haley and hope that they will be able to achieve more independence as they continue to grow and get older.  We love these girls despite the challenges! 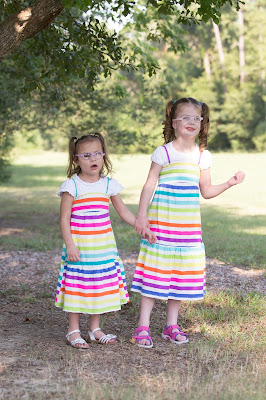 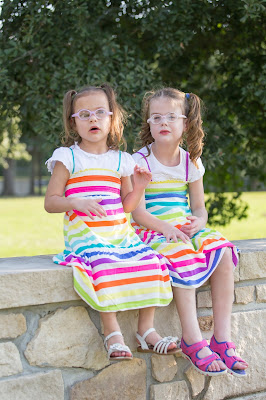 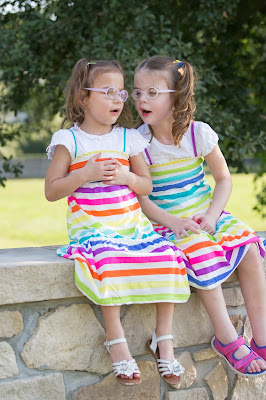 We got Rachel and Haley a cake and sung Happy Birthday to them.  Haley ate a piece of cake and liked it.  Rachel was able to taste it.  Rachel still doesn't swallow food.  She only tastes it. 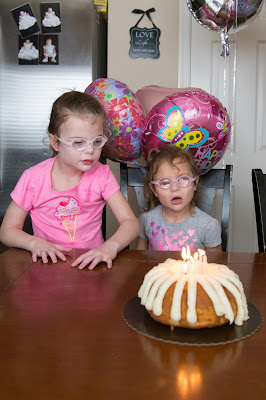 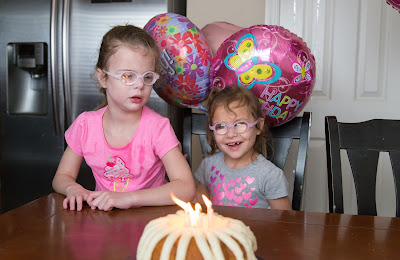