Brandon turned 6 months old on the 14th.  He had his 6 month check up the same day.  Here are his stats:

He is growing well.  His head circumference is coming down on the growth chart.  It appears he will be on the shorter side for a boy.  Thomas is short so it appears Brandon got a lot of daddy's genetics.
Brandon sure has been working on getting his teeth in.  He got two teeth last month, but now he has has 6 more coming in!  He now has all 4 in on the bottom and all 4 are coming in on the top.  He doesn't seem to mind all those teeth coming in.  He's not fussy.  He has been chewing on anything he can a lot lately and that is why.

We started Brandon on baby foods on the 17th.  I started him on baby food squash first, but he didn't really seem to like it much.  I have tried carrots and rice cereal and he seems to like those better.

Brandon had a follow up bladder function test on June 6th.  At that appointment it was discovered that he had a bladder infection.  The test was not done due to the infection.  Brandon was put on an antibiotic and on June 9th the test was done.  Unfortunately the bladder function test did not show a good result.  It was found that Brandon was not emptying his bladder completely and that is what most likely caused his bladder infection.  We didn't get to talk to the doctor due to he was in surgery.  We were sent home having to cath him every 4 hours (4 times a day).  We were devastated with this news as we thought his bladder was working normally and that there would not be any issues with that later.  Well we were wrong.  Things changed and we are not sure why.  I was so upset and still am.  It breaks my heart that my son now has to go through cathing everyday.  I'm also upset that we didn't get to talk to the doctor.  I felt we were just thrown into cathing with no explanation.  We did as we were told and started cathing him 4 times a day, but due to the cathing,  Brandon ended up getting a second bladder infection two weeks later.  We are trying to determine if he can be cathed 3 times a day or if we have to continue with 4 times a day.  The least amount of cathing we can do the better since Brandon is prone to bladder infections. 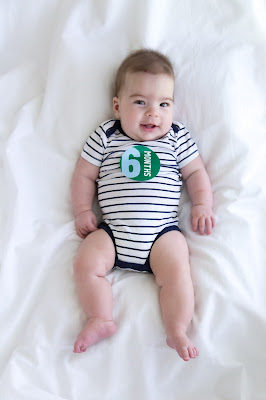 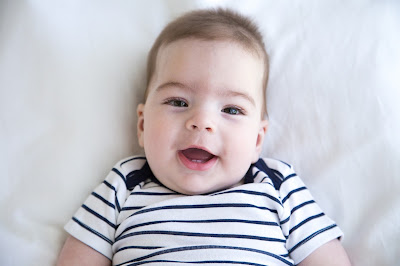 June 14th happened to be flag day so that is why I took pictures of Brandon with the American flag. 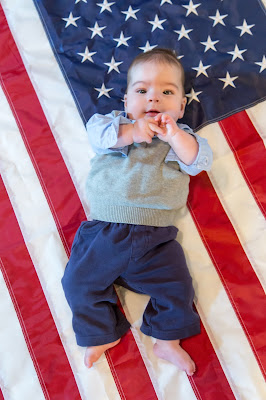 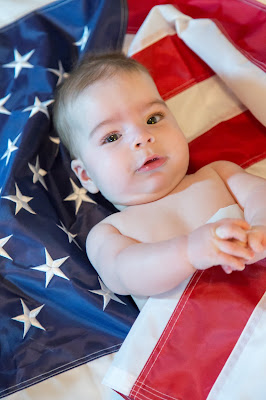 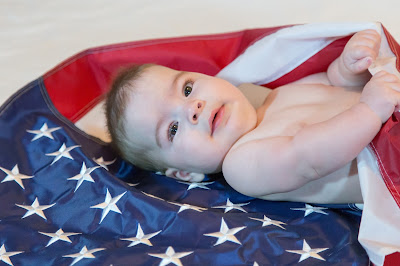 These pictures are in honor of Father's day. 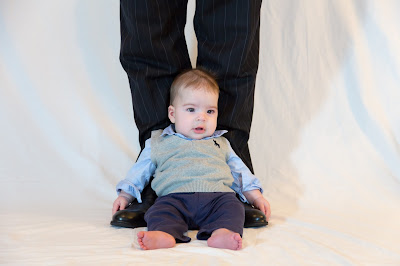