Its weird to be writing about Halloween in January but I want to include these pics because my kids looked so cute in their costumes.  We enjoyed the Halloween season by going to a pumpkin patch and then to our church trunk or treat.  Kayla also participated in her Kindergarten character parade (last picture below).

Pictures from the pumpkin patch: 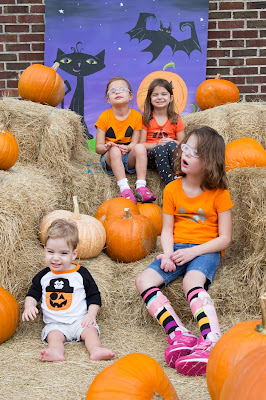 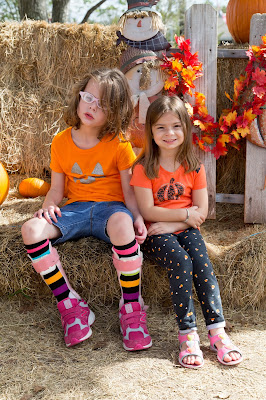 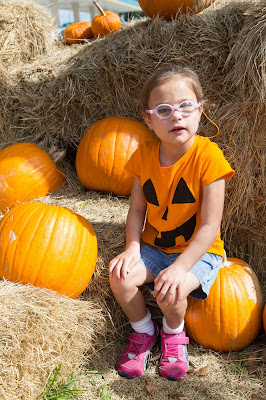 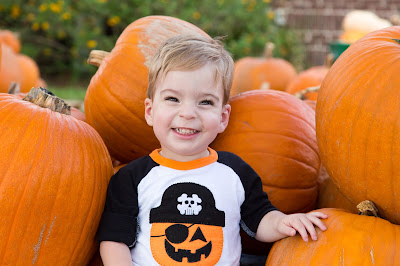 Pictures from our church trunk or treat: 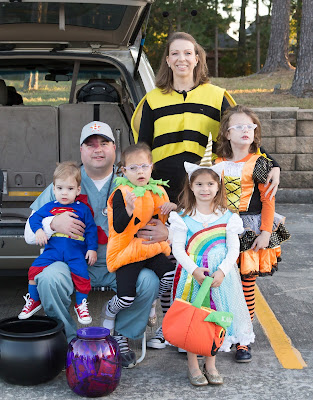 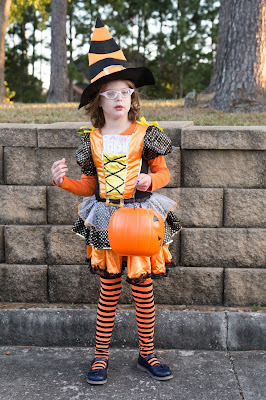 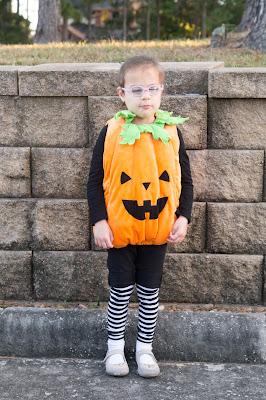 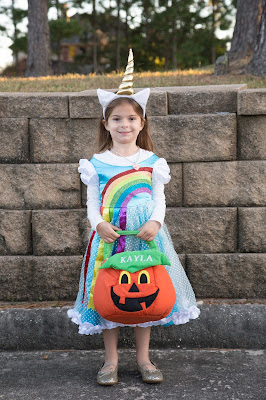 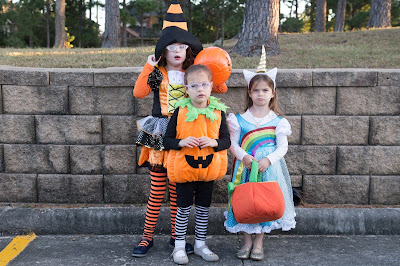 The picture below is Kayla at her Kindergarten character parade.  She was the character from the book A Rainbow of my Own.  She wore her rainbow dress (Halloween costume in above pics) and red rain boots.  She was suppose to wear a yellow rain hat but she didn't want to.  You can tell in the picture she was being shy during the parade.  Little stinker! 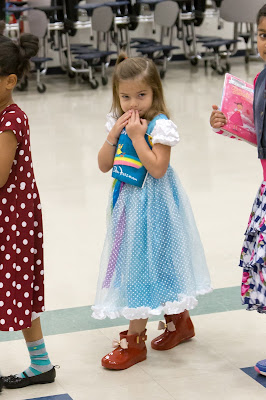