Finally I have some time to sit and write about Rachel and Haley and how they are doing overall.  They are already 5 1/2 years old.  Before I know it they will be 6 and going into the 1st grade!  These girls still amaze me despite their extremely early arrival.  Yes they do have disabilities and yes they are behind developmentally, but it could be worse.  We are so blessed with these miracle girls! 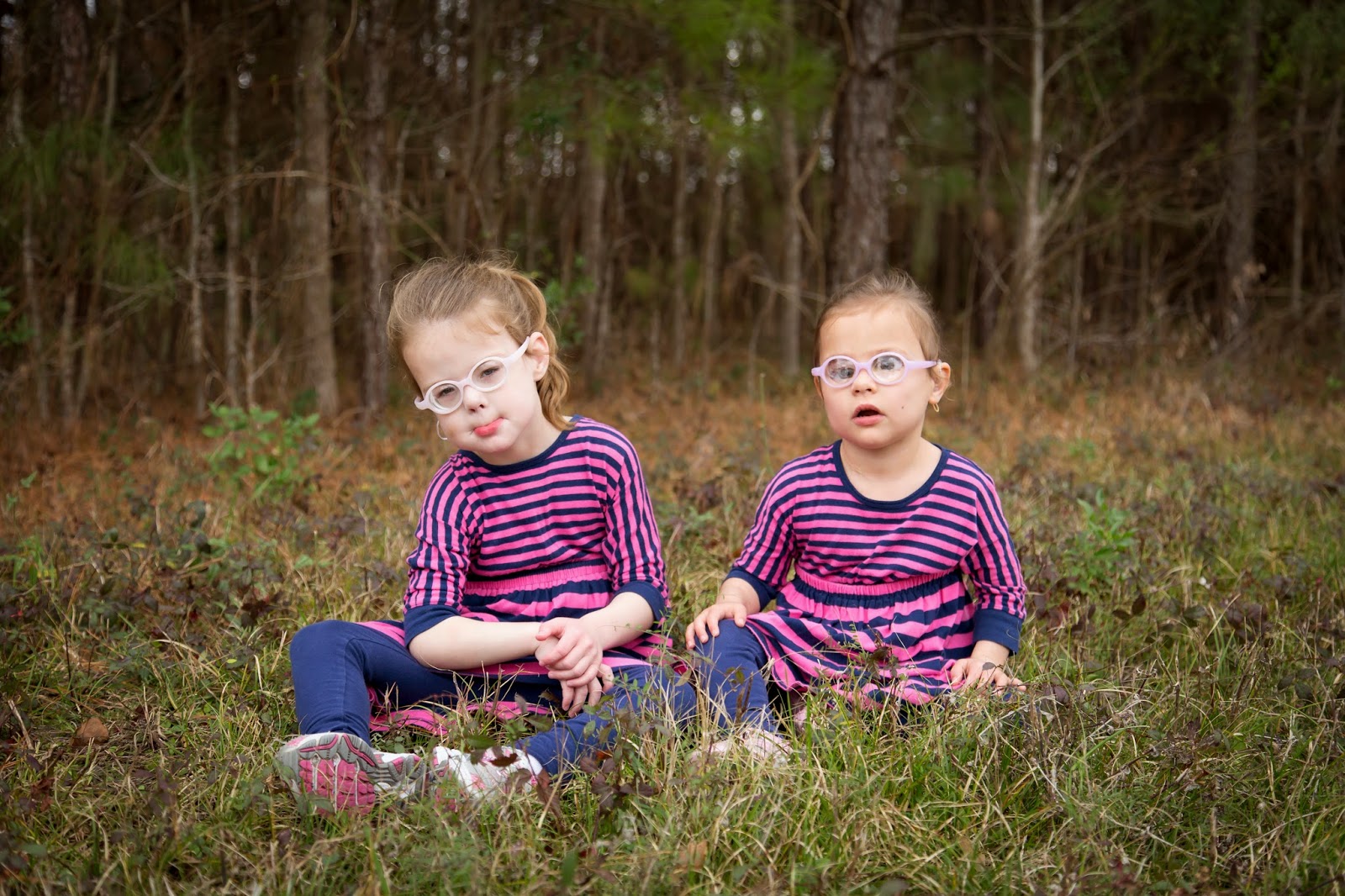 Haley is so petite for her age.  We have had her checked out for any growth hormone deficiency a while ago, but no deficiencies were found.  I think its just genetics (from her daddy's side) and some from the extreme prematurity.  We are ok with her petite size.   She is perfect the way she is.  It awes me though that she is still wearing some 3T size clothing.  Most people don't believe she is 5 years old.  She is growing though its slow. 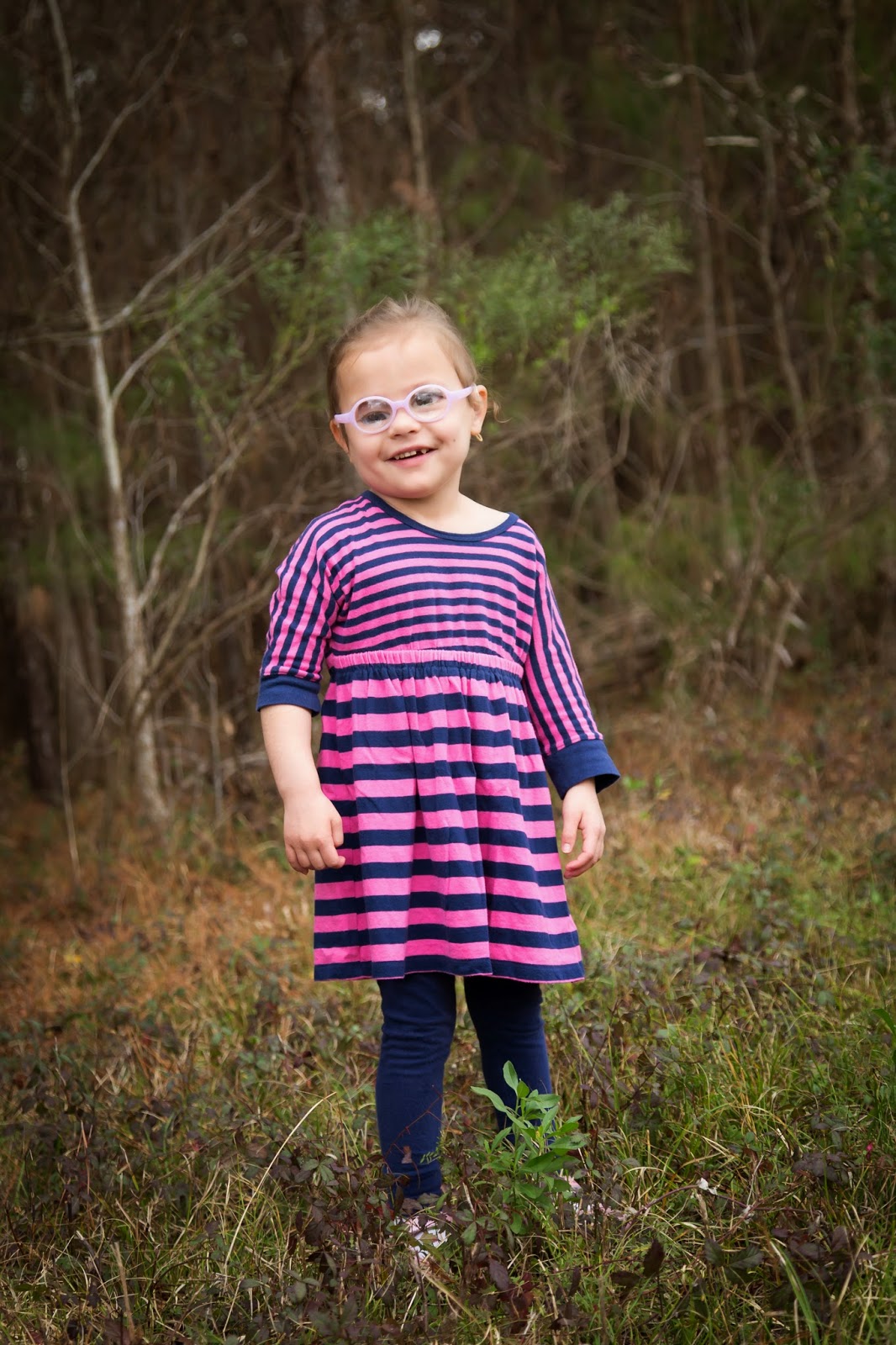 Haley's vision is the same.  No changes.  She is still getting around ok in familiar places.  She needs to hold someone's hand in unfamiliar places.  She presses her right eye often which is a common thing in people with very low vision.  Its called a blind mannerism and we have not been successful at getting her to stop it.  That will be a challenge.  As for her hearing, she has not had any recent testing since there have not been any changes with her ear canals.  Her ear canals are still small and the doctor has not been able to get ear tubes in.  I think she is way past the age for ear tubes and not sure if it will help her hearing.  But its worth a try if her ear canals would just get bigger.  Haley is just small all around!  Haley is learning sign language, but its a challenge for her to learn since she can't see the signs well.  She does know how to sign eat, done and more.  I think she signs a couple more at school as well.  Haley is still not talking.  Not sure when she will.  She continues getting all the therapies she can get.  We hope that some day she will talk.
Haley is a very picky eater.  Its a challenge to get her to eat new things.  Again this is most likely due to her blindness and some of it could just be her age.
Developmentally I'm not exactly sure where she is at.  She ranges developmentally.  She will be tested at school soon to see where she is at.  As soon as I get the test results I will post it.
Haley is a busy girl and doesn't sit still well.  She is always needing some kind of stimulation.  She likes to make noise that she can feel.  So she bangs toys on the floor or uses two toys to bang together.  She loves to go to the park and swing on the swings.  She loves her bathes as well as being tickled.  She also loves hugs and readily gives hugs to just about anyone!  She is a sweet girl! 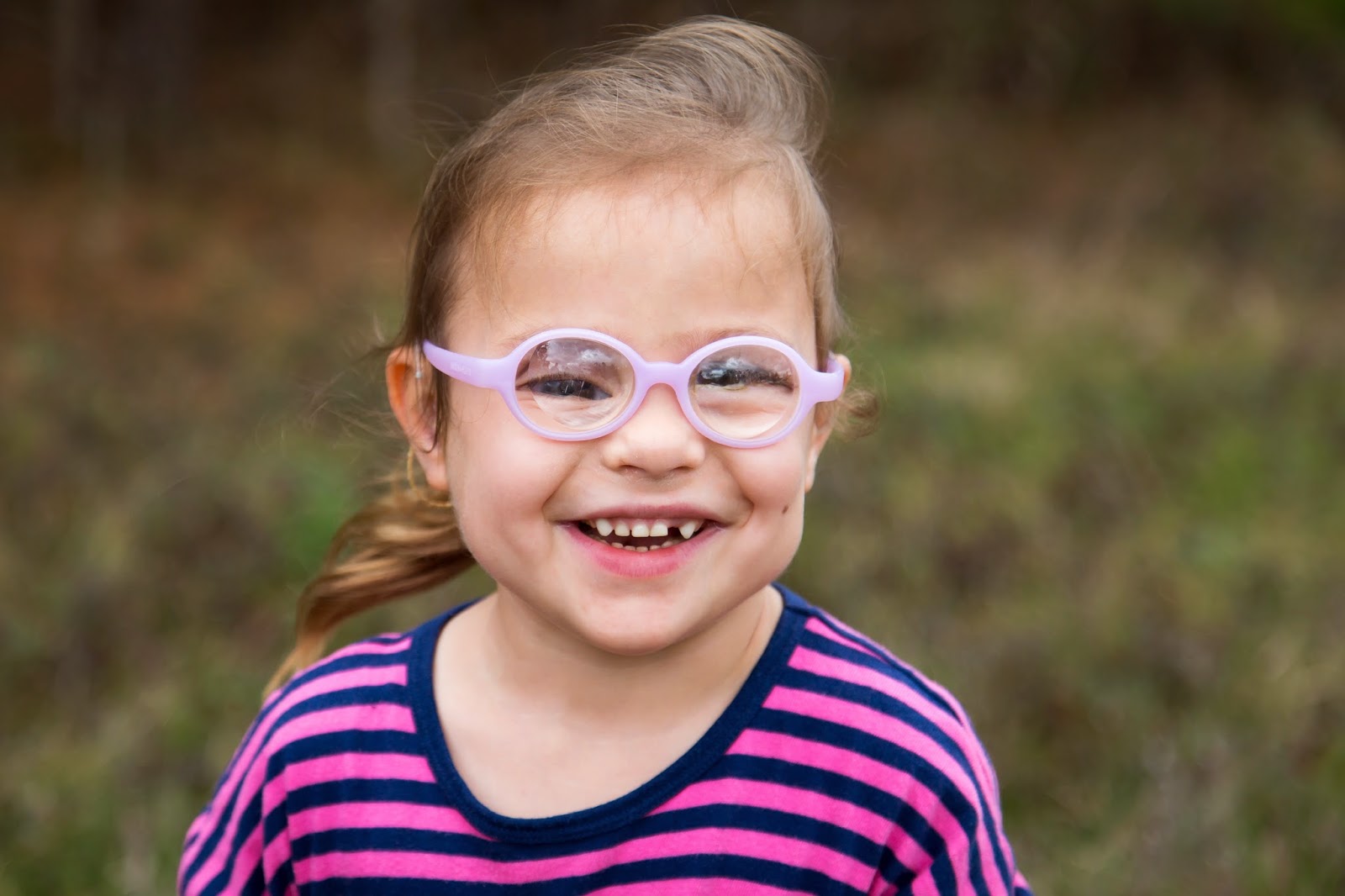 Rachel is a feisty girl!  She is very strong willed and stubborn.  She knows what she wants and persists until she gets it.  Rachel is average size for a 5 year old and is growing well.  Rachel has my genetics (tall and skinny). 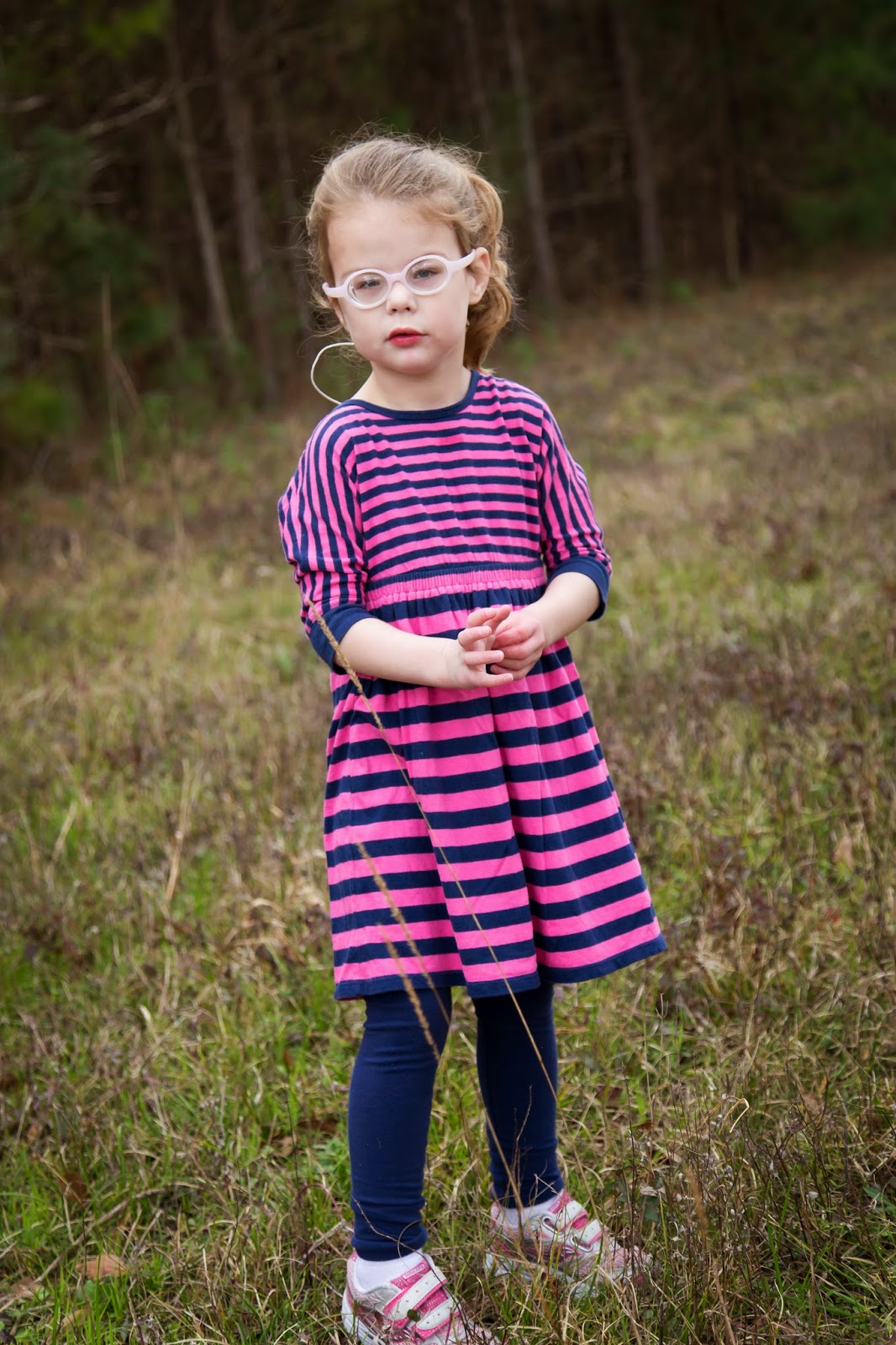 Rachel still has not learned to swallow foods.  We are going to have her get a swallow study in the near future to make sure we are not missing something.  She is still on g-button feeds 4 times a day.  We give her foods 4 times a day to chew with the hopes she will swallow it.  She likes to put food in her mouth and chew it, but she spits it out.  She will swallow small amounts of water.  That is progress and I will take it.  We don't know what it will take to get her to swallow her foods.  Just hoping and praying it will click one day or that she won't be scared.
She is doing well with her cochlear implant.  She wears it well and will go get it to have me help her put it on.  That tells me she likes to hear sounds.  Rachel is not talking either.  She is doing well with her speech therapy and is making more noises and sometimes sounds like she is trying to say the words that her speech therapist is working on with her.  Rachel continues with all the therapies as well.  She is making some progress and her developmental level will be tested at her school soon as well.
We took Rachel to the same eye clinic as Haley back in October.  This clinic is awesome and they did a very through testing of her vision.  We found out that Rachel's vision is worse than we thought.  Her vision is 20/130 with her glasses on.  She is visually impaired.  They prescribed her a new and improved glasses prescription and those new glasses have helped her. We had noticed Rachel would put things close to her eyes to see it so we figured she had worse vision than her previous eye doctor had said.
Rachel loves jumping on the trampoline and going to the park.  She also enjoys watching TV though her attention span still doesn't keep her at the TV for long.  Her attention span has gotten better though.  Rachel loves to go up to people and is friendly.  Rachel likes to play dress up along with Kayla.  Rachel is a friendly girl who loves attention and praise. 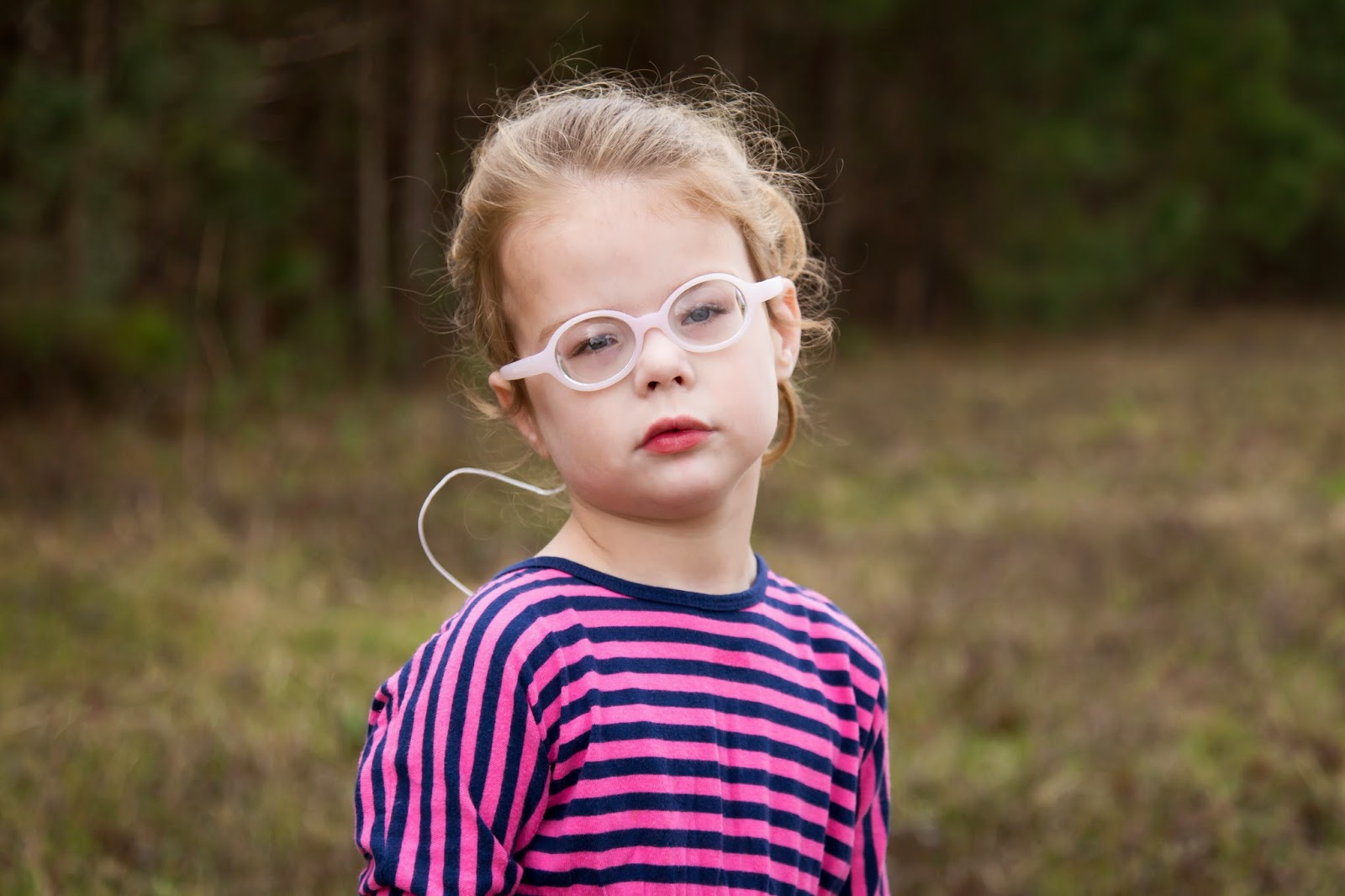